The world today is ever-evolving with new technologies, opening the flood gates to a seemingly infinite amount of information and new faces. Often it feels like every facet of the day-to-day has become digital, even romance. Relationships are built on a shaky foundation of right swipes, it’s like being at a casino where the “jackpot” is “the one”.
However, there are a few who still build a life together through analog means. But often these couples that beat the odds are rewarded with skepticism or resentment. How could it possibly be that two people, so young and naive, could possibly survive together in a modern BuzzFeed world?
Runaway is a success story outlining this romantic tale as old as time. A song that breaks through the noise of the rat race and seeks to make the listener pause for a few moments in their day and ignite a glimmer of hope, that perhaps a life guided by love is still a possibility.
The music video for Runaway will both capture the heart and soul of the song it is paired with while also supporting the ethos of the entire EP. The video will feature the artist, Taylor, in two roles. The first of which as the musician performing the song with an acoustic guitar synced to the studio recording of the track. The second as the main character in the video. In lieu of casting a second actor to play her male counterpart, the camera will act as the co-star. Throughout the film, Taylor will break the fourth wall, interacting with the camera in the scenes, leading it through the environment, etc.
The following slides outline the creative execution this film will bring to life. 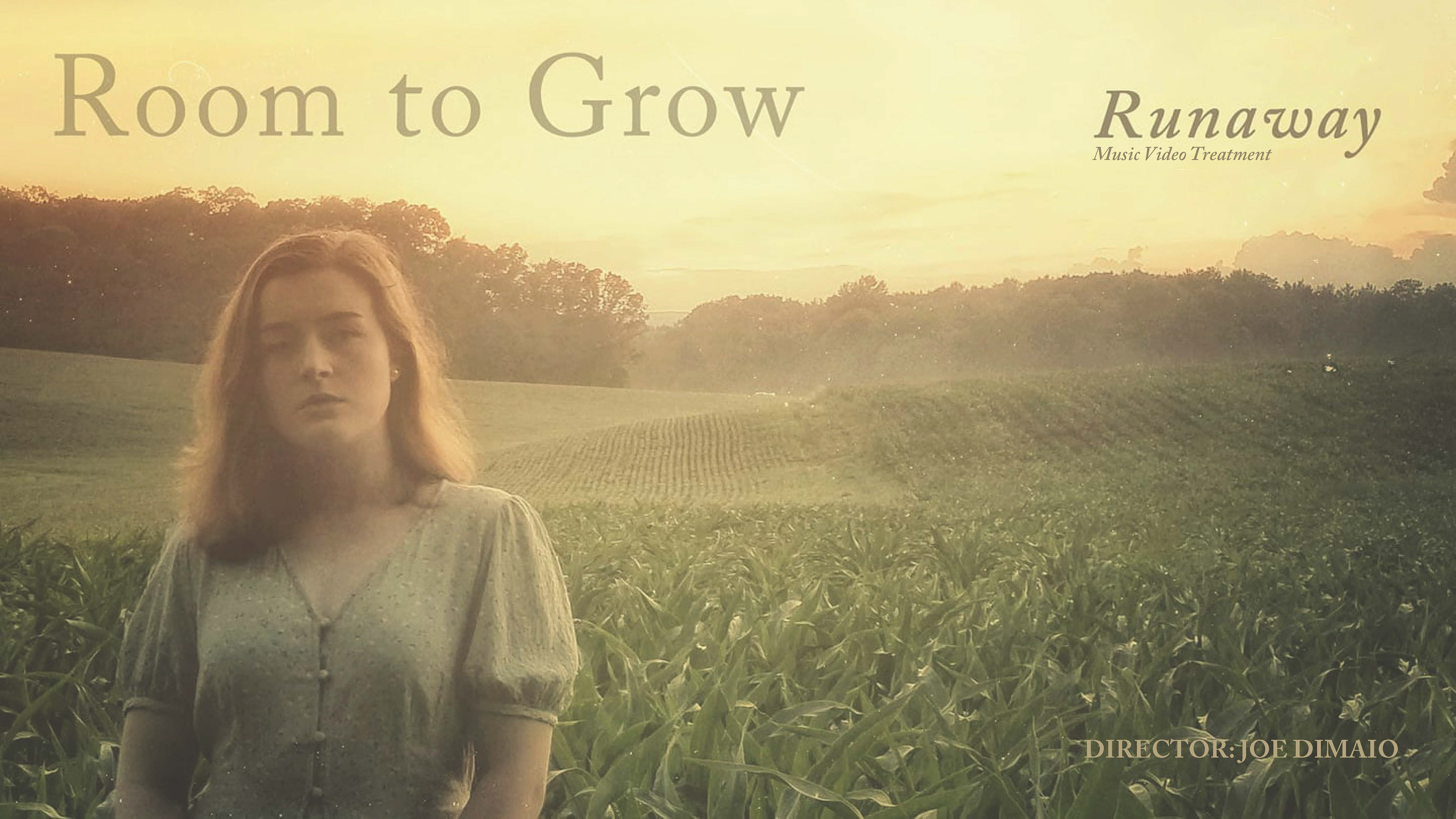 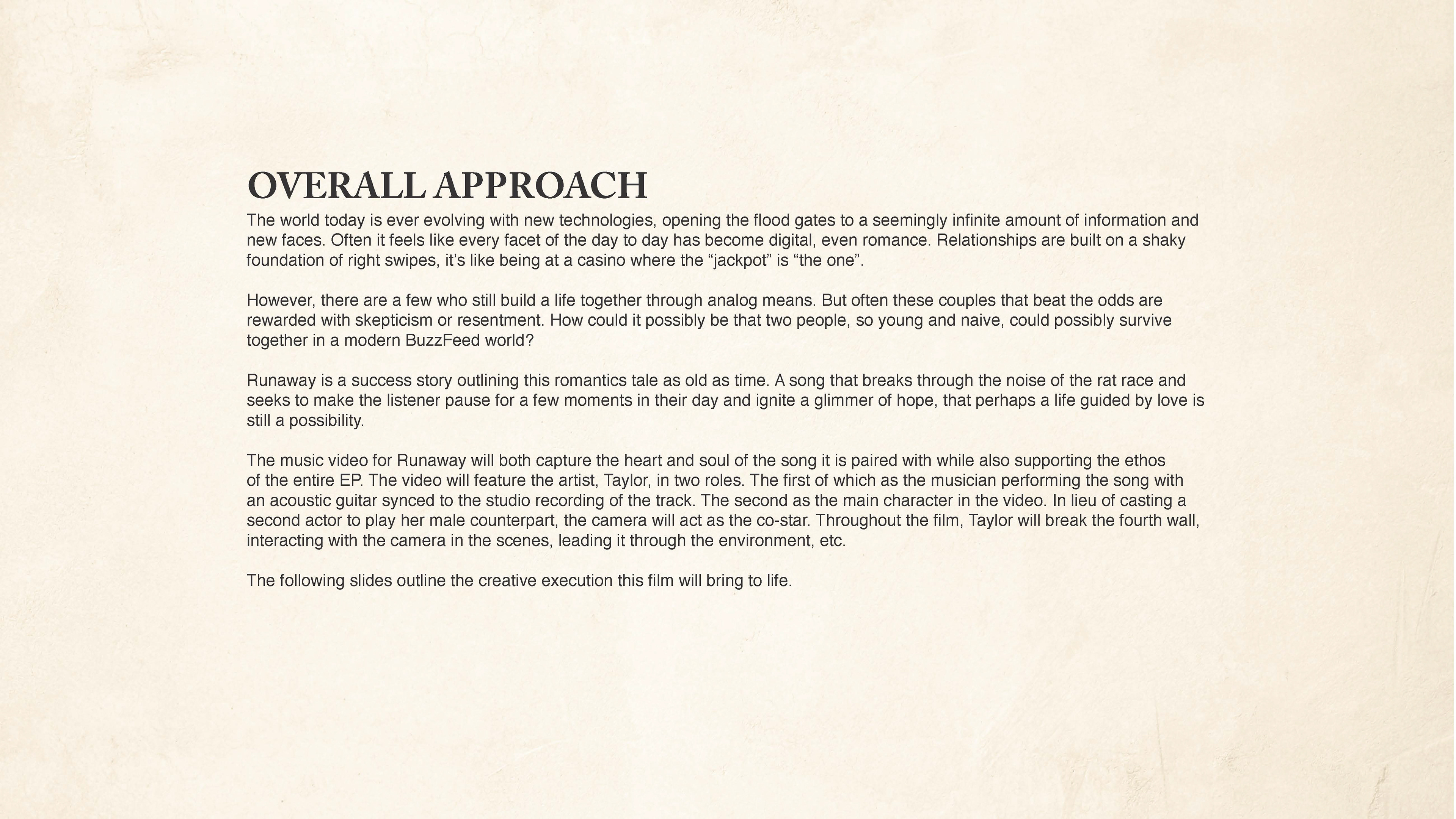 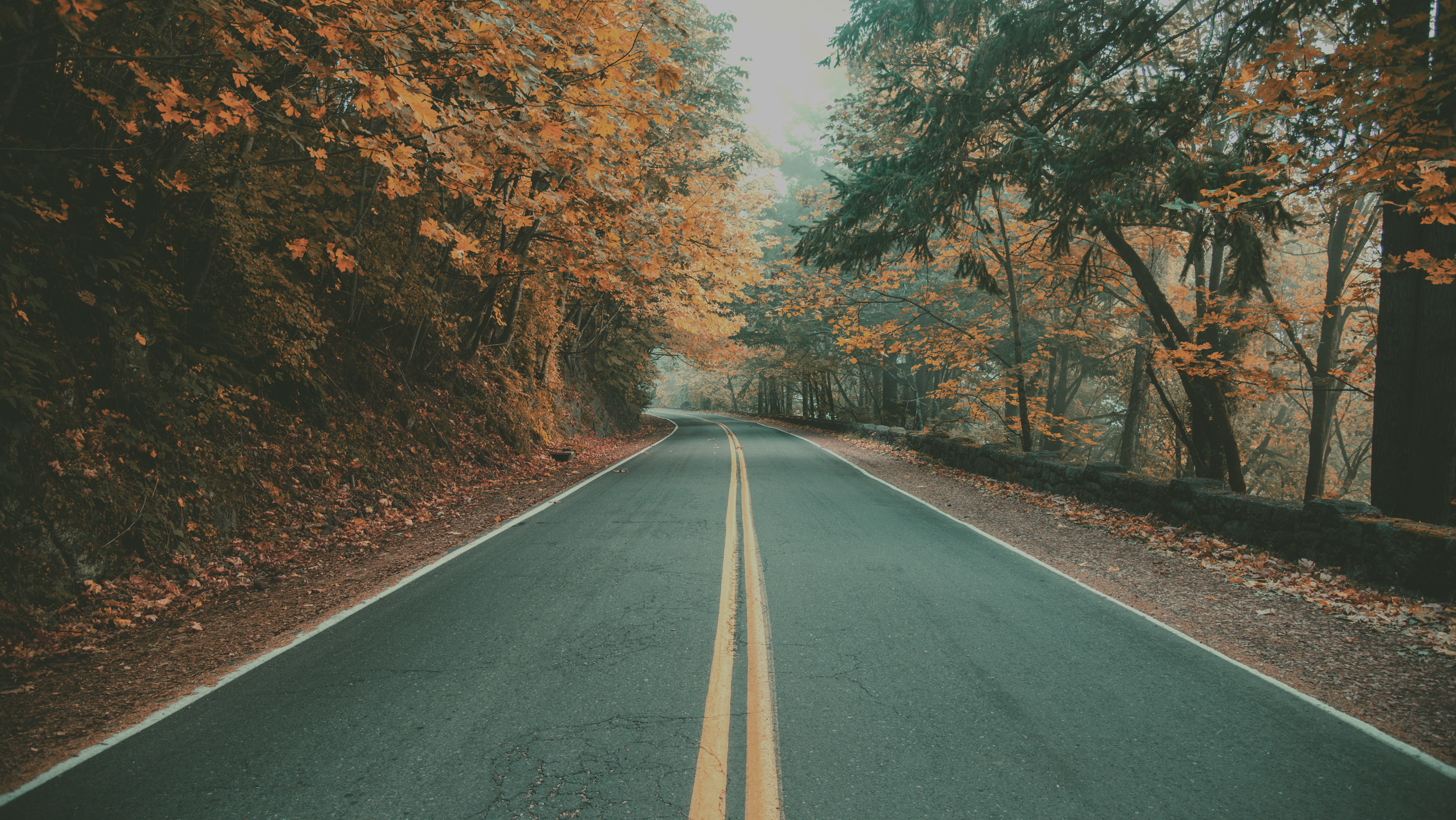 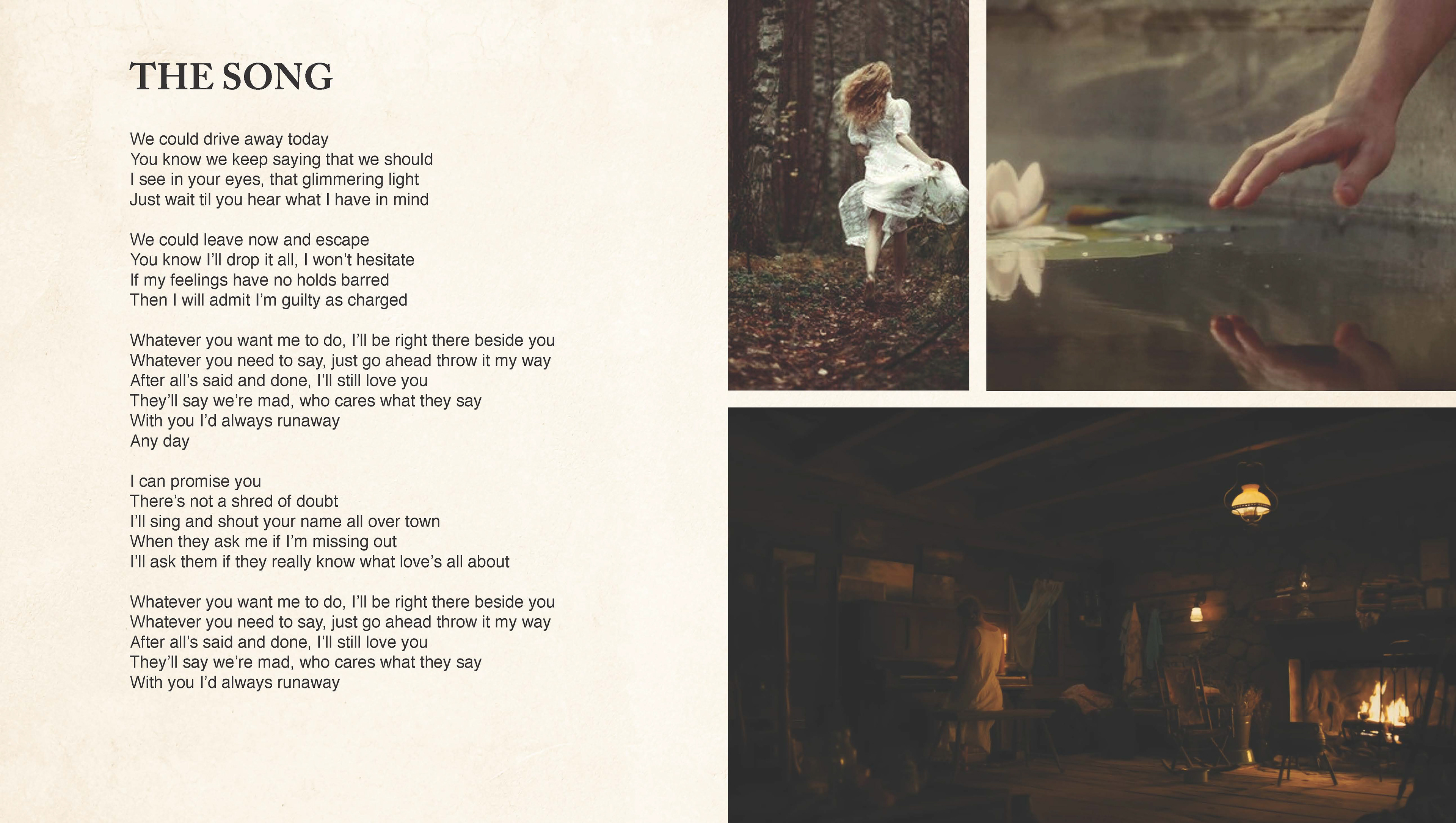 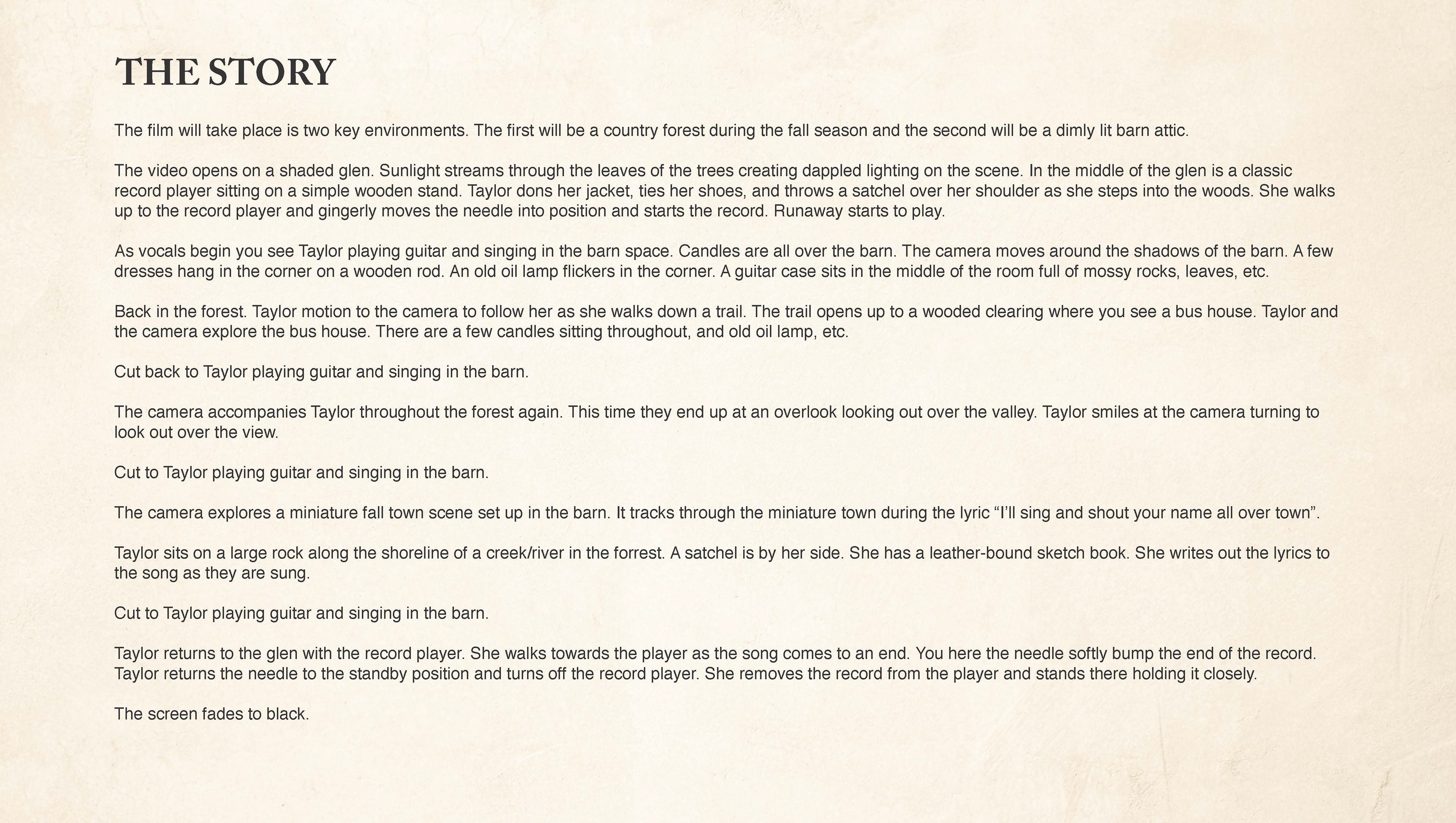 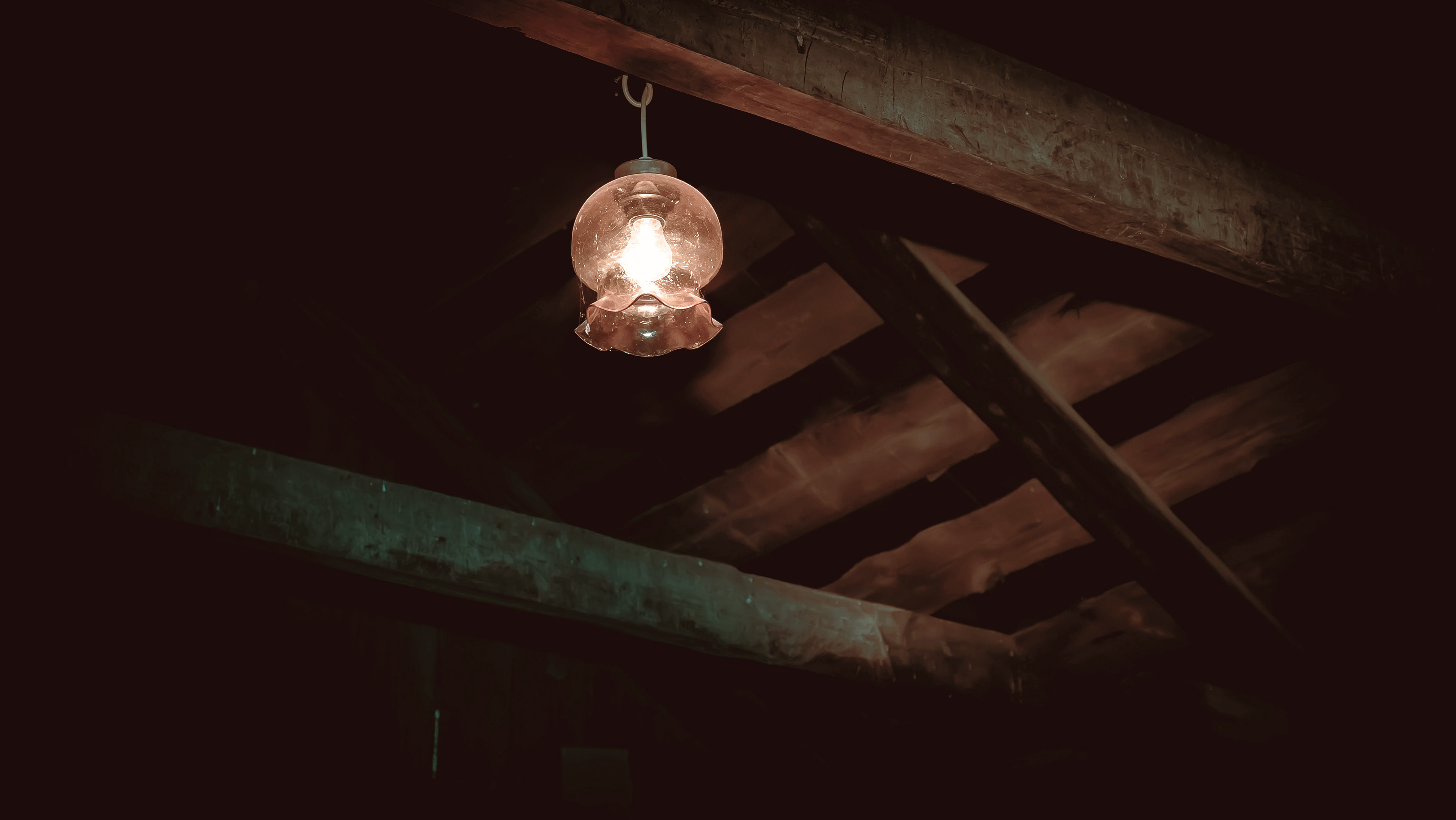 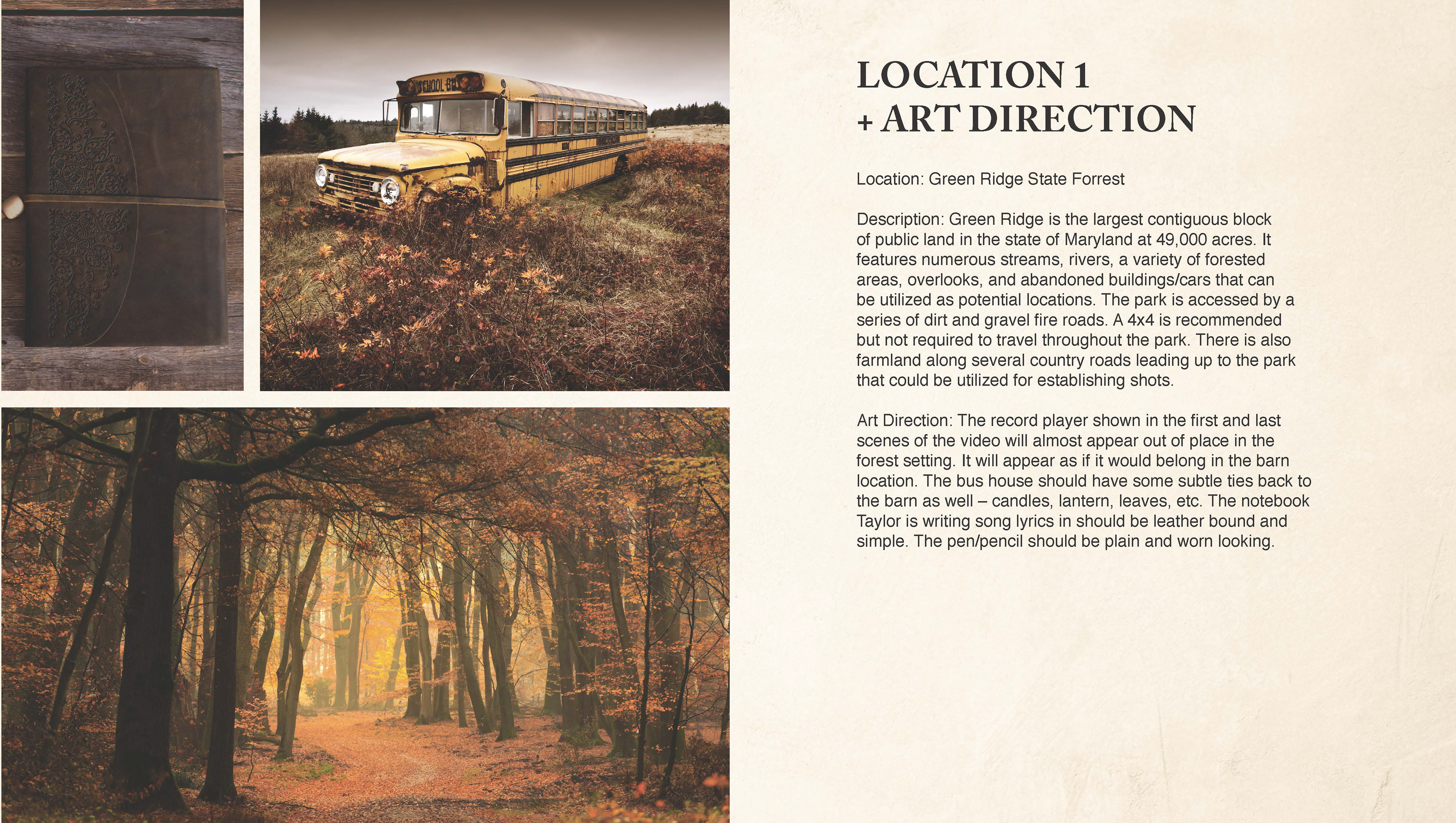 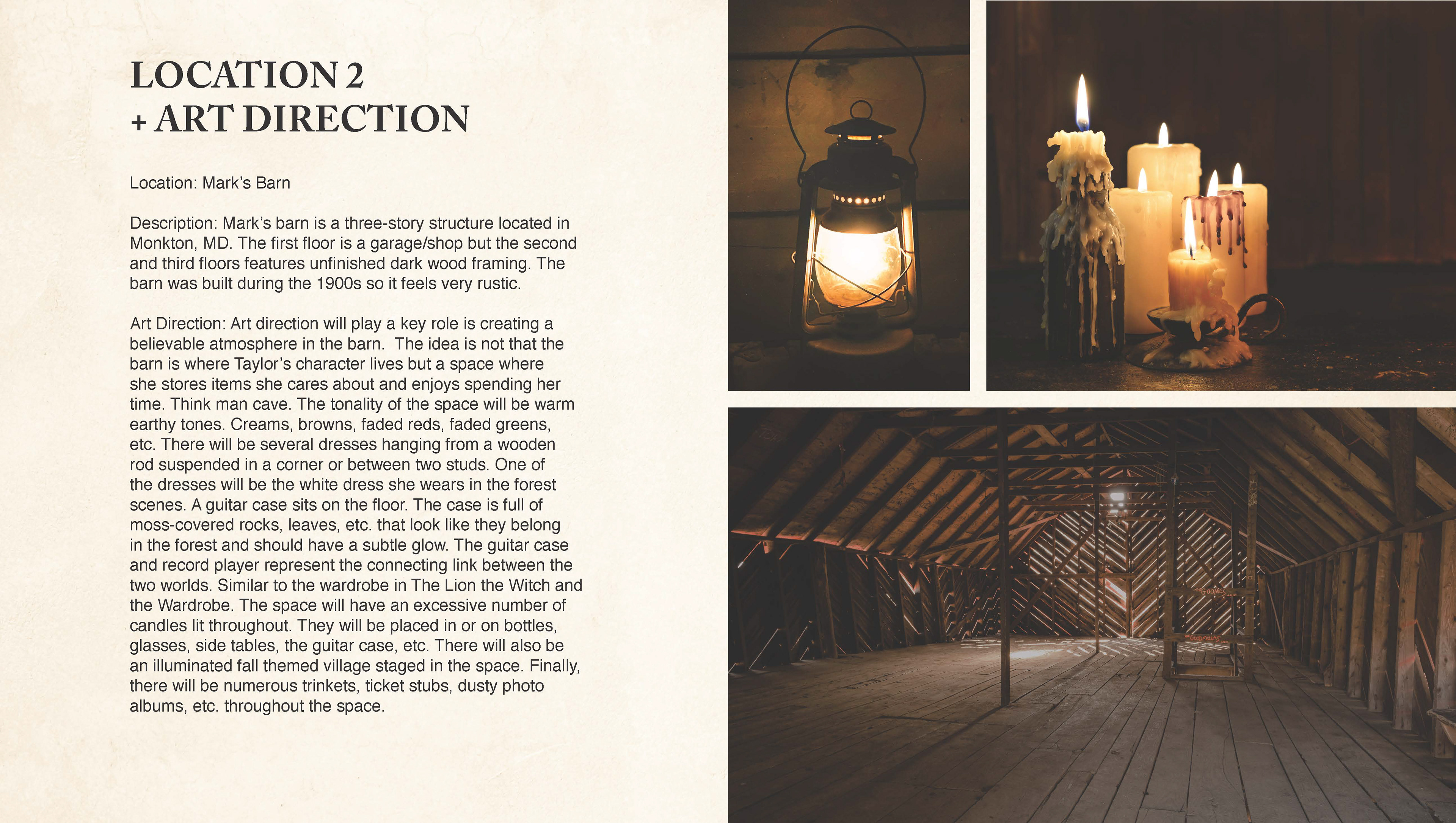 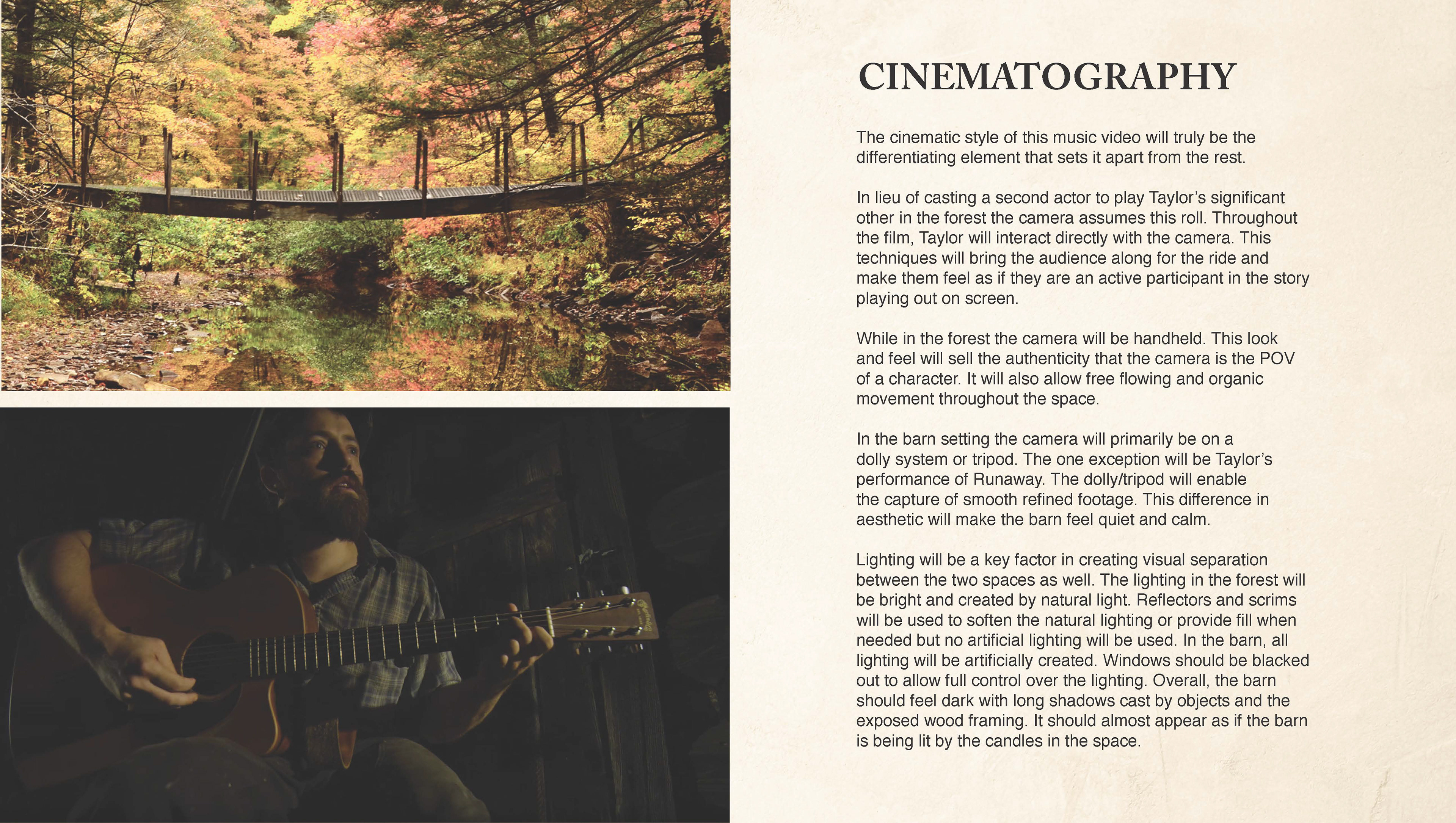 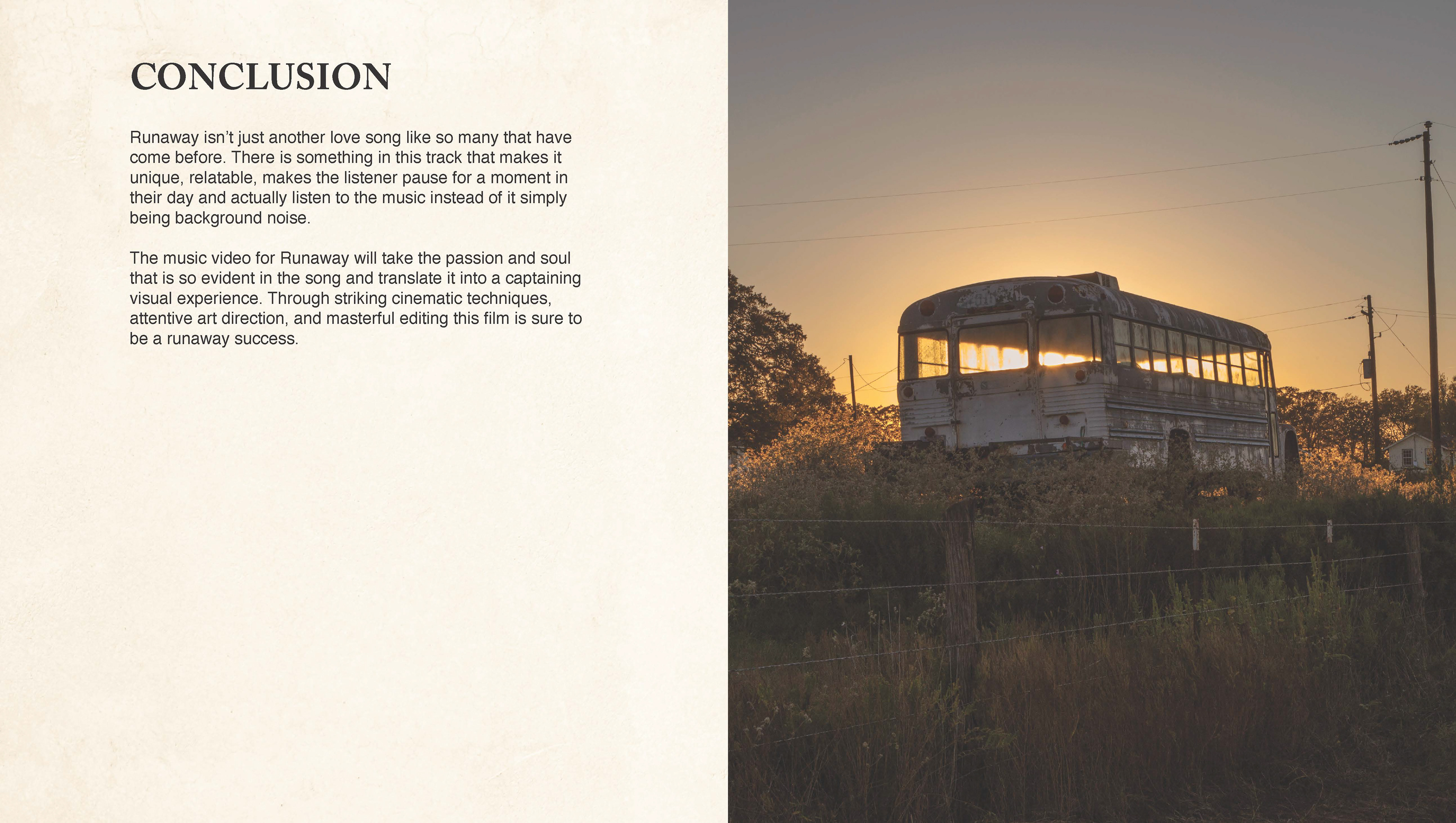